There are a number of public holidays that do not have a fixed date, but are based on the location of Easter. Easter takes place on the first Sunday that follows the first full moon after the beginning of spring. Ash Wednesday, the beginning of Lent, which ends on Holy Saturday, is 46 days before Holy Saturday. The date for Pentecost is then 50 days after Easter. The Corpus Christi festival is celebrated on the 2nd Thursday after Pentecost.

All Saints’ Day is celebrated for Orthodox Christians on the first Sunday after Pentecost, but for Catholic Christians the date is fixed on November 1st. On October 31, Protestants celebrate Reformation Day. The Halloween festival also takes place on this day.

Orthodox holidays are determined according to the Julian calendar. According to our (Gregorian) calendar, they do not always take place on the same day of the year.

In addition to recognizing the religious and ethnic diversity in the country, every citizen of Bosnia-Herzegovina has the right to two days off per year to practice their religion.

The Sarajevo Film Festival, which is well worth seeing, takes place every year in August.

Bosnia-Herzegovina has a great ethnic and religious diversity. Visitors should respect the customs and manners of the residents and behave accordingly. For example, one should refrain from drinking alcohol in public in the presence of Muslims, as this can be offensive. In addition, the Muslims, but also the Christians, take off their shoes when they enter a house.

In the restaurant, one person pays the bill for everyone, the next time it’s the next person’s turn. In restaurants, a tip of 5 – 10% is appropriate.

The ideas of what is meant by a particularly favorable travel climate depend on a number of factors. Pure cultural travelers certainly see the climate differently than people who want to spend a pure beach holiday, for example. The state of health or age can also play an important role. Therefore, our travel time recommendations are divided into the following two categories:

For people who like to enjoy a lot of sun and for whom higher temperatures do not cause any problems, the Central European high summer, i.e. from July to September, is particularly suitable for a stay in the country. For people who prefer temperate climates

People who prefer a moderate climate and lower temperatures should better use the following season (s) for a stay in Bosnia-Herzegovina: Spring and autumn, i.e. March to May and September/October.

The following table shows a range of climate data for the country. It should be noted, however, that the climatic conditions in different regions of the country can differ considerably from one another and thus also from the values shown. In addition, such monthly temperature averages say little about the possible current minimum or maximum temperatures. It is not uncommon for average temperatures of around 30 °C to reach maximum values of 40 °C or even more on a number of days. The table therefore only provides a general overview of the climatic conditions in the country.

Due to the many different cultures and religions, Bosnia and Herzegovina is a very interesting travel destination.

It has numerous religious and cultural monuments of the four major religions (Islamic, Catholic, Orthodox, and Jewish religion), which shape the cityscape, among others.

The civil war between 1992 and 1995 destroyed or severely damaged numerous historic cities and buildings, but most of them have now been restored.

However, there are still mines in the ground in the country. Although an area of more than 3,000 km² has been cleared of mines since the end of the war, it is expected that it will take until 2024 before the country is completely free of mines.

Bridge and Old Town of Mostar

The Stari most (= old bridge) arch bridge in Mostar originally dates from 1566 and spans the Neretva River.

It was destroyed during the civil war in 1993 and rebuilt by 2004. At the time of its construction, the bridge, with a height of 19 m above the river and a clear width of 28.7 m, was considered an architectural masterpiece. The bridge separates the western part of Mostar, which is largely inhabited by Croatians, from the eastern part, which is largely inhabited by Bosniaks. Famous are the bridge jumpers who jump from the bridge into the river for a fee.

The bridge was built in the years 1571-1578 by the builder Grand Vizier Sokollu Mehmed Pascha.

The Grand Vizier had been forcibly recruited when he was ten, but his main interest was bridges. The Mehmed Paša Sokolović Bridge consists of eleven arches and is approx. 180 m long. The bridge is now closed to car traffic.

The large platform on the central pillar was the meeting point for the residents of the village and, for centuries, was also a customs post on the road from Sarajevo to Serbia. In 1914 three arches of the bridge were destroyed and in 1951 the destroyed parts were rebuilt and the entire bridge restored. The substance of the bridge is endangered by floods and harmful environmental influences. The bridge was added to the UNESCO World Heritage List in 2007.

Stećci is the plural of Stećak, which describes a medieval tombstone of a certain shape. There are more than 58,000 of these medieval tombstones in the various Balkan countries. Numerous stones can be found in Herzegovina near Stolac in the Radimlja burial ground.

Stolac is a small town with a population of 15,000 near Mostar in Herzegovina. There are also larger collections of these tombstones near Lake Blidinje, which is the largest lake in Bosnia and Herzegovina with an area of 3.2 km².

They are less common in the more distant regions of Croatia, Serbia and Montenegro.

A total of 30 sites in four countries with the tombstones were selected by UNESCO.

These tombstones date from between the 12th and 16th centuries, around 6,000 of which are decorated with bas-reliefs showing human figures.

Often you can also find scenes from the everyday life of the people of that time, hunting or jousting, as well as symbols such as crosses or crescents.

Sometimes they are also provided with inscriptions.

The Stećci selected by UNESO cross borders with Bosnia and Herzegovina, Montenegro, Serbia and Croatia and were entered on the list of UNESCO World Heritage Sites on July 17, 2016.

This old structure is located in Sarajevo.

The Bosmal City Centar in Sarajevo is the tallest skyscraper in the Balkans at 118 meters.

The fountain from 1861 was a non-profit institution on the market square. Here water was distributed to the travelers.

The Despica House in is a traditional Serbian house, which is now used as a museum.

The city market hall “Markale” in Sarajevo dates back to the 19th century.

It was housed in the former Protestant church in Sarajevo (19th century).

The National Library in Sarajevo was built by the Austrians in the 19th century. Before the war it contained a collection of more than a million books going back to the last millennium. During the war it burned down and all books were destroyed. Now it is being rebuilt.

The historical monuments Šehtiluci and Mrakovica are located near Banja Luka.

These old fortifications from the 16th century can be found in Banja Luka.

The amphitheater in Banja Luka is worth a visit.

The Medieval Castle in Travnik is one of the places in the country that should be visited.

The museum was founded in 1888, the building dates from 1908 – 1913. It consists of four neo-Renaissance pavilions and is a museum of archeology, ethnology and natural history.

There are now around 160 mosques in Sarajevo, most of which were built with donations from Saudi Arabia after the last war.

This largest mosque in the Balkans was financed with money from Saudi Arabia and is dominated by the extremely conservative direction of the Wahhabis. The mosque was inaugurated in 2000 by the Saudi Prince Salman.

by the Turkish occupiers in 1531 (Sarajevo).

1539. It was also built by the Ottomans shortly after the Gazi-Husrevbeg Mosque to demonstrate tolerance towards other faiths (Sarajevo).

Church with a golden roof structure

The church with a golden roof structure is located in Banja Luka. It was destroyed by the Nazis in World War II and rebuilt from 1995 to 2005.

The park is located 25 km south of Mostar and is largely untouched by tourists, including its waterfalls.

It is located in the south of Herzegovina, not far from Capljina (a Roman settlement). It is considered to be the largest nature reserve of marsh birds in Europe. There is also an area that is known as the most famous settlement of migratory birds.

The Perućica Primeval Forest is one of the last two primeval forests in Europe. It is located in the Sutjeska National Park.

The park, founded in 1962, takes its name from the Sutjeska, a tributary of the Drina . The Sutjeska National Park is located on the border with Montenegro about 70 km south-east of Sarajevo and covers an area of 175 km². In the park lies one of the two primeval forests in Europe – that of the Perućica primeval forest. For example, you can find trees over 50 m high, including native black pines and beeches.

At the eastern edge of the park lies the highest mountain in the country, the 2,386 m high Maglić. Also noteworthy are the approximately 75 m high Skakavac waterfall and the gorge formed by the Sutjeska, which separates the over 2,000 m high mountain regions of Zelengora in the west and Maglić and Volujak in the east. The Neretva rises south of the park. What is particularly exciting is the fact that both bears and wolves are native to the park. You can also find wild boars, wild cats, lynx and foxes here.

The Neretva is the country’s most important river and around 218 km long – it flows into the Adriatic Sea in Croatia. The river is famous for its breathtaking upper gorge, which leads through almost untouched landscapes and is very suitable for canoying.

The city of Mostar, with around 75,000 residents, is located on the river.

The Sava is a total of around 945 km long and has its source in the Julian Alps in Slovenia. After the inflow of the Una, the river forms the border between Bosnia and Herzegovina and Croatia. It flows into the Danube in Belgrade.

Mountains are located about 20 minutes from Sarajevo and are very suitable for skiing.

In Visegrad, Telic, Bijeljina, Dubica, Latasi and Srebrenica there are natural mineral springs.

The Adriatic Sea – also known as the Adriatic Sea for short – is part of the Mediterranean Sea and lies between Italy (Apennine Peninsula) in the west and the Balkan Peninsula in the east. The Adriatic Sea ends at the Strait of Otranto – at Punta Palascia in Italy at a geographical latitude of around 40 ° 06 ‘and there it merges into the Ionian Sea.

The Adriatic Sea covers an area of 132,000 km² and extends from northwest to southeast of around 780 km. I

hre largest width is less km something as 300th The narrowest point is about 75 km in the Strait of Otranto.

Between Durrës in Albania and Bari in Italy, which are around 215 km apart, is the deepest point in the Adriatic at 1,260 m. 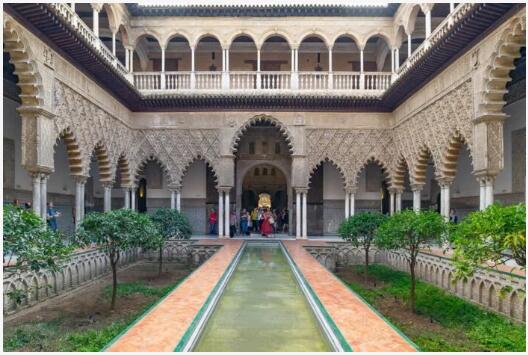