The Philippines is Asia’s only predominantly Catholic nation, and it was here that the continent’s first democracy was established. It happened in 1946. Since the Philippines was once ruled by foreigners, first by Spaniards and then by Americans, their laws and culture express a tangle of influences. English, for example, is one of the country’s two official languages. The second is tagalog.

The Philippines is an incredibly beautiful country where you will experience crystal clear water, beautiful rice fields and spectacular mountains and volcanoes. The country consists of 7107 islands, but about 5000 of them are uninhabited.

The Filipinos are very welcoming and sociable, they are happy and optimistic, and they are curious about strangers. In addition, they are passionate about almost everything – especially music, basketball and cockfights – but never about rushing. 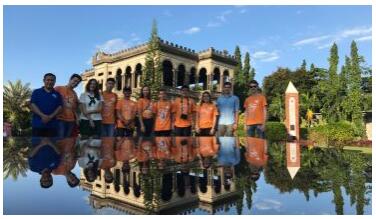 The Philippines is incredibly friendly and welcoming and they are interested in strangers. In addition, they are a proud people.

You will probably come to live in an urban area in a Philippine province. Family life is hugely valued and the household often includes the whole family. 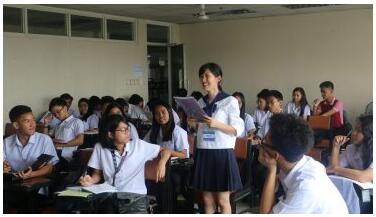 You will probably go to a private school, and it can be a school with only boys or only girls – of course with the same sex as yourself. According to TopSchoolsintheUSA, the school year runs from June to March, and the school week lasts from Monday to Friday. You typically go to school from 07:00 to 17:00. The subjects are most often English, mathematics, science, Filipino, humanities and more. Most subjects are in English and students wear uniforms. The schools also offer a range of leisure activities such as competitions, exhibitions, games and workshops. 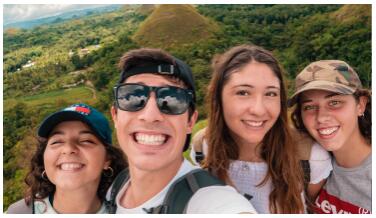 That you have a basic knowledge of English will be helpful. You can participate in language teaching provided by AFS, and local volunteers can help arrange independent language study for you during your first months in the Philippines. 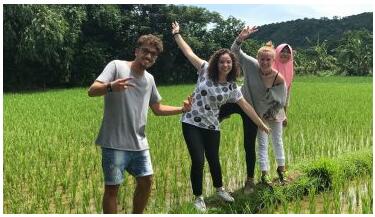 Filipino cuisine has enjoyed great influence from other food cultures such as the Malaysian, Spanish, Mexican, Arabic, Chinese, American, Indian and Japanese. Different regions and islands of the country also have their own unique tastes.

Rice is usually served with every meal. Dishes range from the very simple, such as fried and salted fish as well as rice, to the more complicated dishes such as paellas , which contain rice, beans, meat, snails, and spices. Filipino taste buds tend to favor strong flavors, but the cuisine is not as spicy as its neighbors.