In Liberia there is a predominantly tropical rainforest climate, mostly without seasonal temperature fluctuations. The daily temperatures are all year round in Monrovia (capital on the coast) between 27 – 30 °C. At night the temperatures drop to 22-23 °C.

The rainy season lasts from May to October. During this time, there is heavy rainfall, sometimes tornadoes. The coast has the most rainfall on average. The annual rainfall is about 5,000 mm.

The dry season lasts from November to the end of April. During this time, the northeast trade wind, which is called Harmattan in West Africa, brings dry and dusty winds from the Sahara. Especially in the southern part of Liberia, where the rainforest climate changes into savannah climate, the temperatures rise.

Buchanan has around 35,000 residents and is located on the Atlantic Ocean. The city is named after Thomas Buchanan.

The town of Careysburg, founded by freed slaves in 1859, about 30 minutes by car from Monrovia, is a rather sleepy place. For interested visitors, Careysburg offers a few fine buildings and churches in the style of the American South that compete with the cool landscape. On the two farms Quelu and Wulki you can use the swimming pools and go on a horse tour.

Ganta has about 40,000 residents and is located in the north on the border with Guinea.

Gbarnga has about 50,000 residents and is therefore the second largest city in Liberia. The city is located about 175 km northeast of Monrovia on the Jaw River.

The city of Harper in south-east Liberia was the former capital of the Maryland district and is known for its beautiful beaches and beach houses. The beach buildings are no longer what they used to be, but still give a good impression of what Harper must have looked like in better times. Also worth seeing in Harper is the impressive Stone Mason Building.

About 1 million people live in the capital of Liberia, which has been heavily devastated by the civil war since the 1990s, which makes Monrovia the largest city in the country. The “world’s most broken capital”, located in the western part of Liberia on the Atlantic Ocean, is expanding further and further into the hinterland through migration and urbanization and is a place of social tension. The economic heart of the city is its seaport, from which rubber and iron ore in particular are exported.

The lively Monrovia with its palm trees and colorful houses unfortunately does not offer visitors much to see. The once renowned Ducor Hotel is little more than a ruin, as is the Masonic Temple. At most, the Liberian National Museum and the Waterside Market are recommended. In Monrovia it is rather the people who have to be experienced. Therefore, you should plunge into life and share a bit of everyday life with the extremely charming and friendly residents of the Liberian capital.

Paynesville can be proud of the tallest structure in Africa, the 417-meter-high antenna mast of a station from which one of the transmitters of the OMEGA radio navigation system was operated between 1976 and 1989. The city itself is a lively place with many shops and restaurants serving Liberian food.

Africa’s tallest structure rises in Paynesville, the 417-meter-high antenna mast of a station from which one of the transmitters of the OMEGA radio navigation system was operated between 1976 and 1989. The currently unused transmission system is a refuge for all kinds of experiments by amateur radio operators and pirate transmitters due to the lack of access restrictions.

Liberia’s main port was artificially created on Bushrod Island near Monrovias in 1948 and is now operated by the National Port Authority. In addition to the four piers (including one for fishermen), the port has a main shipyard and tanker berths. The port has been a silent witness of historical events several times. For example, in 1990 – during the First Liberian Civil War – the then President, Samuel Doe, was arrested by Prince Y. Johnson at the port and later executed at another location.

National Museum of Liberia in Monrovia

The Liberian National Museum in the capital Monrovia was established in 1958 by a law of the then President, William VS Tubman. The museum, established with the help of UNESCO, aims to make the cultural artefacts and other historical exhibits accessible to the public in order to keep the heritage of the country alive and to preserve it.

The National Museum of Liberia has been located in the building of the Old Supreme Court since 1987. Unfortunately, the civil war has not left its mark on it either: Many exhibits have been lost, so that the number of larger exhibits today is just 100.

The Cavalla Basin, a small area in western Liberia, is known as the traditional home of the wood carvers who have lived here for centuries. The wood carvers especially made figures, pieces of furniture, ritual masks and talismans. Many of these pieces have found their way into European museums. According to the German-Swiss ethnologist Eberhard Fischer, there are around 140 types of masks in the Cavalla basin.

The private Cuttington College was founded in 1889 in Suacoco, Liberia. It was established by the Episcopal Church of the United States. The oldest private university in the country has trained numerous later leaders of West Africa and documents the deep connection between Liberia, the USA and the Episcopal Church through its presence.

After the civil war, the university was modernized, but it still has to make strong efforts to get in touch with the international scientific community. Right next to the university campus, which is about 100 kilometers from Monrovia, is the Phebe Hospital, which is also part of the school.

University of Liberia in Monrovia

The University of Liberia, a higher education institution in the capital Monrovia, can look back on a history that began as Liberia College in 1863 and made it one of the oldest educational institutions in West Africa.

In 1951 the college was finally elevated to the rank of university. Badly damaged during the civil war, the university has the only law faculty in Liberia and currently has around 18,000 students.

The multifunctional Antoinette Tubman Stadium in Liberia’s capital Monrovia is mainly used for soccer games. In total it offers space for 10,000 spectators.

In 1986, the multifunctional Samuel Kanyon Doe Sports Complex was built in Paynesville, in which primarily football games are hosted. The 30,000-seat stadium has been restored by the Chinese Hunan Constructing Engineering Group Corporation since 2005.

This rock formation, worth seeing because it is amazing, has the shape of a human face.

1,440 meters high, is the highest point in Liberia. It rises into the sky between the West African mountains and the Upper Guinea threshold.

Established in 1983, the Sapo National Park in southern Liberia covers an area of around 1,800 km². It is bounded in the north by the Putu Mountains with the highest elevation of 640 m and in the west by the Sinoe River. It is the only national park in Liberia. Most of the park consists of tropical rainforest, but there are also extensive wetlands here. The local rainforest can develop well, not least because of the annual 2,000 to 3,000 mm of precipitation, with the rainy season from May to October and the dry season from November to April. The area is Liberia’s largest rainforest reserve.

However, the park can only be entered with a special permit from the responsible authorities, which unfortunately is often difficult to obtain. 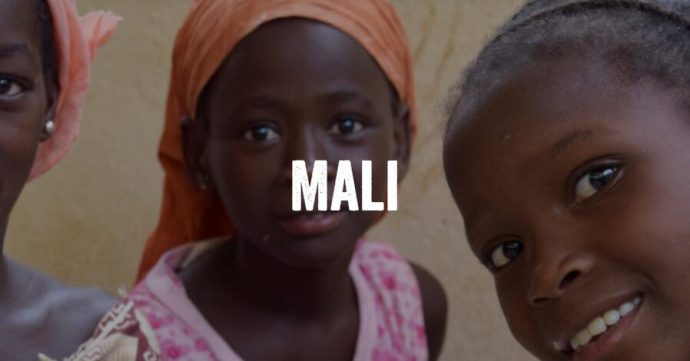