The Christians in South Sudan celebrate the Christian festivals such as Christmas, Easter and Pentecost. The July 9, the day on which the Constitution of the Republic of South Sudan came into force (2011), is Independence Day in the country. Six years earlier, on July 9, 2005, South Sudan had received its autonomy within Sudan.

In winter, temperatures can reach 36 °C during the day and stay at 20 °C at night. An 8-month rainy season begins at the end of April and usually lasts until around the beginning of October. During this time the temperatures fluctuate between 30-33 °C during the day and between 21-23 °C at night; the humidity increases up to 70-80%. The annual rainfall is around 700-1100 mm.

Clothing that is too revealing, including shorts, bikini tops, etc., can be prosecuted in South Sudan, especially among women. The penalties provided for this range from fines to imprisonment and flogging. In view of the climate, however, it is advisable to wear loose clothing that covers the body, especially since this also protects against mosquito bites. Headgear is not required in South Sudan.

South Sudanese women, however, generally dress very conservatively and cover their heads. Therefore, foreign travelers should do this too – if only as a sign of respect for another culture.

In conversations, it is important not to ask South Sudanese people their political opinions unless you know the person well and assume that they are not uncomfortable with such questions. In general, however, a healthy sense of tact is enough to gain positive experience in a country that has had 40 years of brutal civil war behind it.

Prostitution is prohibited in South Sudan, as is adultery and homosexuality. High penalties can ensue.

If you want to film or take photos in South Sudan, you need a permit from the Ministry of Tourism and National Heritage. But even those who can show such a permit are not allowed to take pictures of police and military facilities, uniformed persons, ministries, train stations, bridges, airfields and cemeteries. The penalties for such offenses are delicate. Women, beggars and refugee camps should not be photographed or filmed without prior permission.

Anyone who imports drugs into the country, manufactures them there, trades them, transports them, owns, acquires or consumes them can be prosecuted with heavy fines in South Sudan. Such punishments can range from fines to imprisonment and flogging. So be warned.

Drunkenness (in public) can also be punished with imprisonment, fines or flogging.

The South Sudanese have a sporting weakness for wrestling and mock fighting. The traditional sporting events always took place after the harvest time and ended the agricultural time of the year.

Nowadays, the country has also devoted itself to basketball and has produced many well-known stars such as Luol Deng, Manute Bol, Ajou Deng, Kueth Duany, Deng Gai and Ater Majok. The South Sudanese national basketball team played their first game ever against Uganda. That was on July 10, 2011 in Juba.

But football is also on the rise, and the state government has made great appeals to the world for support for South Sudanese football. The South Sudanese national team has only existed since May 2011 and is not yet a member of FIFA. She is trained by Salih Samuel.

Bor, whose Arabic name Būr means “port” in its translation, is the capital of the southern Sudanese state of Jonglei. The city on the White Nile was named after the Bor tribe and is currently inhabited by around 21,360 people. The city gained notoriety in 1991 when the so-called “Bor massacre” occurred there: the leader of a faction of the SPLA, Riek Machar, caused a bloodbath there, in which around 2,000 civilians were killed.

The city, blessed with large oil reserves, is still waiting for the completion of the Jonglei Canal, which was supposed to connect Bor with Malakal, but could not be completed because of the civil war.

Juba, the capital of South Sudan, is little more than a large village with around 2.8 million people and is certainly known to historians as the site of the Sudan Administration Conference (1947), attended by the British and representatives of the Northern Sudan decided to unite Northern and Southern Sudan; South Sudanese representatives were not present. Juba spreads out on the west bank of the Nile and is the final resting place of the revered leader of the Sudanese People’s Liberation Army (SPLA) in South Sudan, John Garang, who lies in a mausoleum near All Saints Cathedral. Thanks to the Juba Bridge, the city is connected across the Nile and with Uganda.

The capital of the Upper Nile state in eastern South Sudan is currently home to around 166,000 people.

The capital of the state of Eastern Equatoria, also known as Torrit, is said to once contain the Supreme Court of South Sudan. A total of almost 18,000 people live in the city, which is divided into squares – the majority in round houses made of clay.

The capital of the state of Warrap, which is directly bounded by the city of Bi’r Qurud, was so badly affected by the civil war that there are currently no population figures and the infrastructure is on the ground. The Maleit Lake, about 15 km to the south, is of great tourist interest.

The Immatong Mountains, located in the southwest of Sudan, stretch as far as Uganda. Its highest peak, the 3,187 meter high Kinyeti, is also the highest mountain in South Sudan. The villages and individual settlements are inhabited by the Acholi, Lotuko and Langi belonging to the Nilots, who practice subsistence farming and cattle breeding there. Unfortunately, the Immatong Mountains are used as a retreat by the Lord’s Resistance Army. These armed rebels are fighting against the government in northern Uganda and are also responsible for attacks in South Sudan.

In the southern Sudanese state of Warab is the 250 km² Maleit Lake, which is used by the people as a fishing ground.

In the state of al-Wahda, the No-See spreads on the border with the state of Junqali, a body of water that is located in the north of the swamp area of the Sudd. The lake is created thanks to the flood water of the Bahr al-Jabal river. Together with the Bahr al-Ghazal, this forms the White Nile in Lake No. The lake has an estimated area of 100 km².

The name Sudd is derived from the Arabic Sadd, which means something like “barrier” or “dam”. The large swamp area, fed by the Nile, extends over an area of about 55,000 km² between the southern Sudanese cities of Bentiu, Bur and Waw as well as Lake No. The Sudd is by far the most fertile area of South Sudan and home to a wonderful flora, which is composed of papyrus, various marsh plants and remnants of the tropical rainforest. Mainly members of the Nue tribe live here.

Catholic University of Sudan in Juba

The state-recognized private Roman Catholic University of Sudan goes back to the initiative of Cardinal Gabriel Zubeir Wako, Archbishop of Khartoum. At his urging, the Sudanese Bishops’ Conference in 2007 approved such a foundation. The aim was to train a Catholic leadership elite again after the long years of war. The university was able to open in 2009. Since then it has been under the administration of the Jesuit order. The university is divided into Juba, Waw and the northern Sudanese capital Khartoum and offers training in social, humanities, agricultural and engineering subjects as well as computer science.

The University of Juba was founded after the end of the first civil war in 1977 in what is now the southern Sudanese capital of Juba. The aim was to train specialists for the development of South Sudan. The aim was to counteract the backwardness of the region. However, in 1989, after the outbreak of the second civil war, the university was relocated to Khartoum for security reasons. After numerous protests, some of which were bloody, calling for the university to be relocated to South Sudan, the university has been back in South Sudan since independence

The Boma National Park, founded in 1979, covers an area of 22,800 km² and is located at an altitude of between 400 and 1,100 m in the east of the country. You can find antelopes, duikers (genus of forest-dwelling antelopes), elephants, hippos, giraffes, hyenas, lions, Nile buffalo (subspecies of the Cape buffalo) and warthogs.

The local tall acacias are an important source of food for the giraffes.

The approximately 410 km² large Nimule National Park was declared a national park in 1954. It extends in the south of the country near the border with Sudan at an altitude between 600 and 700 m. Over a length of around 50 km, the White Nile forms the eastern border of the park and the Kayu flows through the park, which rises in Uganda and flows into the White Nile. Around 15% of the park is covered by forest and almost 85% by bushland. Acacias, desert dates and the Combretum aculeatum are mainly found here. River forests grow along the watercourses – including the Ethiopian palmyra palm and the acacia species Acacia sieberiana.

In addition to a number of species of antelope, Uganda goblin antelopes, waterbuck and buffalo, hippopotamus and crocodiles also live in the Nimule National Park. The elephants were almost wiped out during the civil war because of their ivory, but some 100 animals are said to have immigrated from Uganda.

The other national parks are:

– Lantoto National Park with an area of 760 km² 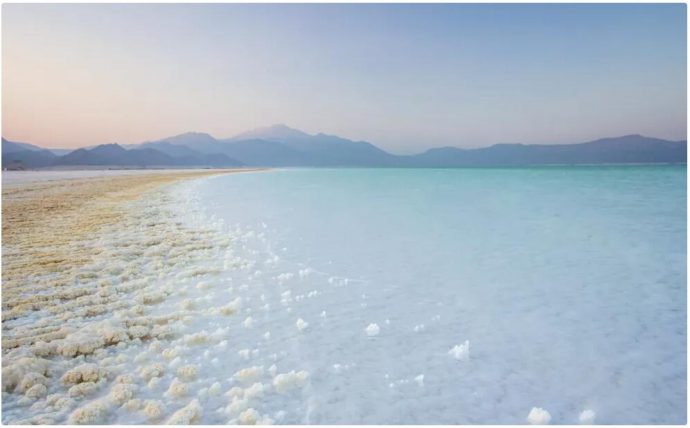